I stumbled upon Christopher Ellis’ “World Citizenship” Blockchain ID concept and was immediately intrigued. His idea is to create proof of an individual’s existence by storing their PGP identity in the blockchain.

The trick is that the blockchain acts as an immutable database that includes full history tracking, meaning that a record can be proven to exist in some state at some time. These services are similar to this concept:

This post will detail how to create a Blockchain Identity.

To begin, you will need:

Keybase.io is currently alpha, and you need an invite to get an account, but you can probably snag an invite from Reddit (that’s where I got mine).

I will be using Debian Linux for this tutorial. I recommend the following packages:

First you need to create a GPG key and an Electrum Bitcoin wallet. I won’t dive into the details of how to create these in this post. The reason we are using Electrum is because it has the ability to choose the address to send funds from, unlike some other wallets. We will need to know this sending address later.

You also need to get a small amount of Bitcoin into your Electrum wallet (at least 0.0003 BTC)

Time to collect the data. Open up a text editor and create a Yaml file named key.yml

First, lets get the GPG key details. Run the following, substituting your UID:

Next, go to your Electrum wallet and pick an address that contains a small amount of funds. You will need at least 0.0003 BTC. Add this address to your yaml file:

Go to Blockchain.info and find the latest block that has been added to the main chain. Add the block number and Merkle Root to your yaml file:

At this point, your yaml file has all of your GPG key metadata, the address you will use to store the data in the blockchain, and a random number that proves this entry could not have been created earlier in time.

Now we need to put this data into a standard, machine readable format and sign it. First, use the following script to convert your yaml file into a normalized json file:

Then use GPG to clearsign this file:

Sending the Data to the Blockchain

Now that we have our signed data file, we want to send it to the blockchain. It is important to note that the blockchain will only contain the sha256 hash of your key.json.asc, therefore you need to keep the original data around for validation. Later on, we will create an identification card with a QR code containing the original data.

There is a clever trick we are going to use. If you look at the Technical Background of Bitcoin Addresses, you will see that the address is generated from the hash of the public key. We can replace that hash (at step 3) with the hash of our file before continuing to generate the address. By sending Bitcoins to the address we create, we store the file’s hash in the blockchain. Of course, those coins will be lost forever, because the private key for that address does not exist. That is why we only send a small amount.

Now, use the following script to obtain the Bitcoin address that is associated with the hash of your signed key.json:

For some basic sanity checks, visit this website: Base58 Decoder
Here you can validate that the Bitcoin address is legitimate, as well as decode the address to hex. Here is what I get:

Compare the two outputs to make sure they match:

All that is left to do is send some bitcoin to that address. Use Blockchain.info to capture the transaction details as proof of the file’s existence: 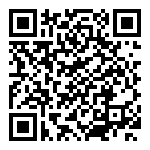