In the previous post, I walked through how to store a hash in the Bitcoin blockchain, by converting the hash to a valid Bitcoin address and sending a small amount of bitcoin to it. I neglected to include a script that goes the other way, so here it is.

Below is a script that will take a valid Bitcoin address and convert it back to the hash it came from. This can be used to validate Blockchain Identities.

Grab the sending address from the transaction:

Run the script using this address:

As you can see, the resulting hash matches the sha256 hash of key.json.asc generated in the previous post. 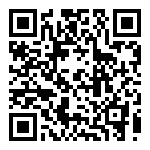