C++11 introduced the possibility of “perfect forwarding” and “variadic templates”. This allows a function to pass all of its parameters to another function seamlessly. Such abilities are very useful for wrapper classes and factories.

Fortunately, this ability can be emulated in C++03 with the power of Boost and the preprocessor. This post is a guide on how to do parameter forwarding. This concept will be used as a tool in a future post about creating a generic factory class.

For this walkthrough, you will need the following installed:

To start, let’s define a simplistic factory class as an example. Our factory for this example will not do much, except return the built object as a smart pointer.

The problem with this is that it only supports building objects with the default constructor. Hence, we want to use parameter forwarding to pass parameters from the create method to the constructor of the object.

We can make a manual attempt at this first:

You can see how this gets repetitive for constructors with many parameters. Likewise, you should also be able to see the pattern. Patterns mean we can let the machine do the work for us!

Before that, lets test what we have so far:

Notice how the reference to value wasn’t maintained. Boost addresses this issue in the Boost::Move library by using BOOST_FWD_REF and boost::forward. Lets incorporate these utilities:

Now we get the output:

Thats better! Now that we know our code works, we can start to condense the pattern and let the preprocessor expand it out for us.

Boost::Preprocessor is a handy library that makes interacting with the preprocessor much easier. It introduces a bunch of macros and conventions that we can build upon to emulate features like variadic templates. And despite how it sounds, the final result is rather compact and readable.

First, lets identify the patterns we want to condense. The first is the template parameter list:

Boost has a macro specifically designed for this purpose: BOOST_PP_ENUM_PARAMS. It takes in a number and some text, and replicates the text by appending increasing numbers. For example:

Simply wrap the template brackets around this to achieve our first piece:

The second pattern we see is the function parameters:

This one is slightly trickier, because it doesn’t fit the above enumeration pattern. For this case, we will use a different macro: BOOST_PP_REPEAT. This macro operates by convention; it will repeat a specified macro N times as long as that macro takes arguments in a certain way. In addition, we will use BOOST_PP_CAT to concatenate strings together. By treating N as one of the strings, we can create an enumeration with the freedom of controlling the output format.

What is going on here? The (Z, N, D) represents state, number, and data, respectively. Boost uses this convention to pass around the “state” of the macro (analogous to how the this pointer is the implicit first parameter to any method call), the iteration value, and any extraneous data. For our case, we don’t need to pass any data into the macro, so we use the conventional placeholder ~ to denote “void”. On each call of our defined macro, N is updated with the iteration count, and we can concatenate that to the letters A and a to form our type and value.

But what about the commas? Boost has us covered here as well with BOOST_PP_COMMA:

Hmm, not quite. There is a trailing comma that we need to get rid of. I’ll admit that at this point I was pretty confused, until I learned the trick; Boost also provides BOOST_PP_COMMA_IF, which takes a condition argument and will only expand to a comma if the condition is not 0.

Here is the trick: Instead of trying to eliminate the trailing comma, prepend the comma!

The final pattern is very similar to the second one:

Armed with these tools, we can now simplify the factory:

It is always a good idea to undefine any macros you define after you are finished with them, since macros pollute the global namespace and you never know how they will interact with complex baselines.

There is one thing left to do; expand out the macro. Unsurprisingly, Boost also provides a way to do this. This method involves setting up a loop and iteratively calling #include on the result, which will cause the preprocessor to literally paste the results inline with the code:

Notice that the loop iterates from 1 to N, instead of starting at 0. This is because putting 0 in the template parameter expansion will result in template<>, and the compiler will interpret this as template specialization. To get around this, the “base case” for a default constructor is coded outside of the macro.

The preprocessor generates the following code:

The final step is to increase NUM_PARAMETERS to 10 (or whatever max number you want to support).

The preprocessor is often disregarded in coding standards, however it is a powerful feature of C++ that should not be ignored. 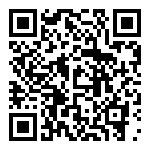