The Singleton pattern is a design pattern that restricts the instantiation of a class to one object. It is typically used for solving the problem of resource contention, such that you need to manage a single instance of a resource. Singletons are misunderstood and difficult to implement correctly, hopefully this post can clear things up.

It is known as an anti-pattern in that it is often misused or abused to the point where it can have a negative effect on a code base. Opponents to Singletons compare them to global variables, but that is not entirely true; As an object-oriented pattern, they can implement interfaces and be subclassed, which gives them more useful properties than a normal global. That said, Singletons are considered harmful1 for a variety of reasons:

The reason for this is because the use of a Singleton hides the dependency from the interface, giving program flow a path that is not easily visible.

Singletons are nothing more than global state. Global state makes it so your objects can secretly get hold of things which are not declared in their APIs, and, as a result, Singletons make your APIs into pathological liars. If you are the person who built the code originally, you know the true dependencies, but anyone who comes after you is baffled.2

Note that there is a difference between having a single object and having a Singleton. Passing around a single instance to share among your classes via constructor references is known as dependency injection, and is a cleaner solution for most problems that a Singleton can solve. Take the following for example:

Still, there are cases where Singletons are very useful:

In these types of situations, there is one object that has a single responsibility and must be accessible from anywhere. In particular, a memory pool using a Singleton is not very different from allocating memory from the heap using the global ::operator new.

Configuration is sometimes done with Singletons, however this isn’t considered a good practice. Dependency injection is typically a better way to handle passing configuration through your program.

Singletons conform to the following conditions3:

Creating a Singleton is much harder than it appears, and there are very subtle considerations that are easy to miss or implement incorrectly. A few examples are:

A first cut at a Singleton may look something like this:

Running this produces the following output:

Return a pointer or reference?
The advantage to returning a reference instead of a pointer is:

This falls apart when multi-threading is introduced. Consider the following events:

This situation causes two T’s plus a memory leak. Furthermore, both threads are now pointing at different objects.

To make it thread safe, a mutex can be used:

This approach is called the Double-Checked Locking Pattern, or DCLP.

The Double-Checked Locking Pattern is Unsafe

Scott Meyers and Andrei Alexandrescu have discussed4 the subtle issues with DCLP. Their paper as an interesting read; the problems boil down to the fact that the compiler may reorder instructions or the hardware may reorder memory accesses, and there was no way to express these constraints using the C++ language at the time (C++11 fixes these issues, as we will see later).

For example, the compiler may do the following:

Here, the actual construction is broken down into three steps:

The paper claims that DCLP can only work if steps 1 and 2 are completed before step 3, however the compiler’s optimizer is free to perform step 3 after step 1. This means there could be a brief moment where the pointer is pointing to allocated memory, but an unconstructed object. Imagine the following scenario:

This type of bug is very subtle and not obvious to the developer. Furthermore, these types of crashes are virtually impossible to track down.

One way to get around the multi-threaded issues is to have one object for each thread, instead of one object globally. A per-thread Singleton5 can be implemented like this:

Notice how this method is closer to what we initially started with: A single check with no mutex. Because the thread specific pointer will never be accessed concurrently by multiple threads, this solution is inherently thread safe. Here are there results of running this code:

As you can see, each thread creates (and destroys) its per-thread Singleton. You can see that each Singleton has a different address as well.

Warning
Thread specific pointers should always be static. They use their address as the key to establish uniqueness. A program storing their thread specific pointer on the stack will have issues when two threads reach the same point in the program, because their addresses on the stack will match (remember that each thread has its own stack). This will cause the two pointers to believe they are pointing at the same6.

In some cases, this solution is acceptable. Most times, a true global Singleton is desired.

The paper claims that the DCLP can be made safe with the addition of memory fences. These provide guarantees that reads will not be reordered before writes. The C++11 standard includes this capability, and Boost has made it available to C++03. In fact, Boost provides a solution in their documentation7 (modified to match the templated format used earlier):

We still have the problem that the destructor is never called. The solution to this is to convert the raw pointer into a scoped_ptr. However, the atomics can only be used with primitive types. We need to apply some8 transformations9 to the code to decouple the atomic from the pointer:

Now that the pointer is separated from the atomic, we can replace the pointer with the scoped pointer to get the following:

At this point we have a flexible and safe implementation of the DCLP. The output is:

As I mentioned, I needed a Singleton for a memory pool. Naturally, I decided to see how Boost handles this for their own pool. I searched for all the boost include files with Singleton in their name:

Then I used my IDE to dive into each one and see how it was implemented:

The Meyer’s method and the call once method will be discussed later. The static method is simply a wrapper to make something static and isn’t particularly interesting:

The real interesting method, that I haven’t seen anywhere else yet, is the Boost Pool method. The code included in the later versions of Boost (~1.55) is more difficult to read, however a version from 1.3910 is very clear and well commented. The code is repeated below with some minor adjustments:

Notice that this method does not use lazy instantiation, but rather it uses eager instantiation, meaning the Singleton is created before main is called. In addition, it properly calls the destructor and is thread safe without any locks or atomics. Despite the author describing this method as “twisted”, I think it is rather elegant. Unfortunately, it lacks the ability to do per-thread singletons, and its eager instantiation is a drawback.

Things get much easier in C++11. Scott Meyers introduced a very simple and elegant Singleton back in 199611:

This method is only thread safe with C++11 and up. It uses lazy instantiation, properly calls the destructor, and doesn’t use any mutexes or atomics. With C++11, it is now considered the correct way to implement a Singleton.

Meyer’s Singleton cannot be used in C++03, but we can get pretty close to it using Boost’s call_once capabilities.

boost::call_once
The call_once function and once_flag type (statically initialized to BOOST_ONCE_INIT) can be used to run a routine exactly once. This can be used to initialize data in a thread-safe manner.12

I’m a pretty big fan of the call_once method:

With some clever manipulations, we can also get this to work as a per-thread singleton: 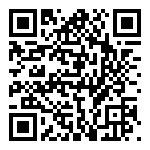