I have recently switched to Qubes OS and I really like it. It has some very handy tools that make working with a secure system seamless. I decided I wanted to write about my setup and how to fix the minor problems I encountered. As a test, this entire post was written using Qubes, as a way for me to prove to myself that I could still be productive and have an easy-to-use system while remaining secure.

Qubes is not a distribution of Linux. Rather, it is a set of tools built on top of the Xen hypervisor, allowing you to interoperate between multiple isolated virtual machines. Each virtual machine is “paravirtualized”, meaning they all share a common Linux kernel but have separated filesystems, devices, etc. Furthermore, the filesystems are layered such that multiple separate VMs can share a common underlying template to save storage space. In my mind, this is similar in concept to how Docker works. Unlike Docker, which utilizes Linux kernel namespaces, Qubes utilizes hardware enforced isolation via virtualization capabilities in the CPU, so it is much more secure.

The main interface is called dom0, and acts as an administration panel for Xen, allowing the user to easily manage and manipulate the various virtual machines. Each virtual machine is given a color so the user can visually assess which security domain they are working in at all times. The Qubes tools allow for secure file/clipboard copying between VMs, controlled networking, and seamless application interaction; You will barely even notice that you are working with a series of virtual machines under the hood.

It is important to understand that Qubes grants the ability to easily create a secure computing environment, but it relies heavily on the user to utilize best practices; it will not prevent foolish mistakes. The user must be mindful about keeping data and connections isolated; Qubes helps you do it effectively.

Considerations before migrating to Qubes

Qubes 3.0 works very well and is very usable. Its VM management and interaction tool are well done, easy to use, and non-intrusive. However, using Qubes comes with a significant drawback:

Do not misunderstand; Mass storage devices such as flash drives and external hard drives (block devices) work flawlessly and can be assigned to any VM very easily. However, devices such as USB network cards or Yubikey smartcards do not work in the VMs.

The USB devices do work in dom0, meaning that USB keyboards and mice are fine. It would be dangerous to connect a USB network card to dom0, because dom0 should be airgapped.

Airgapped
Airgapping means the machine is never connected to the internet. It is completely isolated, as in “separated by a gap of air”. Most of the time, airgapping refers to two physically separated machines, however in the case of Qubes it refers a virtual machine separated from the network. Ideally, files are only ever copied into the airgapped machine, never out of it.

There are various hints on the forums that people have gotten this to work, but it seems to be hardware dependent. My laptop has two USB controllers; one dedicated to the touchscreen (which also works flawlessly, by the way), the other dedicated to the external ports. This means that if I assign my USB controller to a VM, only that VM has access to those devices. This interferes with my USB wireless mouse. In theory, this should be OK. In practice, I haven’t been able to get my VMs to boot when they have the USB controller assigned to them, and I don’t seem to be able to reassign the USB controller back to dom0 easily.

However, these issues are fairly easy for me to work around. If I need 3G/4G modem, I use a mobile wireless hotspot and just connect to the Wifi. Similarily, my printer is network enabled, so I don’t need to connect it via USB. As for Yubikeys, the “keyboard” capabilities work out of the box, and Qubes’ Split-GPG functionality can substitute the smartcard functionality of the Yubikey.

Read more about these considerations here.

Simply download Qubes-R3.0-rc2-x86_64-DVD.iso from here. Be sure to also grab the signature file. Before attempting to burn / install Qubes, you should verify the signatures.

The installer is pretty straightforward. I chose to do manual partitioning, with a boot drive of 2GB using ext4 and a root drive taking the remaining space using btrfs and luks encryption. My plan in the future is to have a Tails iso available for booting from the boot drive. My disk has limited space, so I chose btrfs for its compression abilities. Finally, be sure to also install the fedora-21 and debian-8 templates.

The first thing I do is clone the standard fedora-21 and debian-8 templates, such that I always have a fresh working fallback in case something goes wrong when modifying them. I typically use two separate debian-8 templates; one for a minimal image that won’t change often, and one for an “experimental” image that I install various software to.

Qubes is all about isolation. My sensitive files are isolated away to the Vault, which has no network access and never touches a USB drive. I use Qubes’ secure file copying from another trusted VM to put things into the Vault.

Other secondary domains include the system proxies, Whonix, and a VM dedicated to Tor:

Here is a diagram of how the VM “inheritance” is set up:

As you can see, I have multiple domains that I use at a “personal” level, so they share the same template, which I try to keep minimal and stable. Separate from that is my “testing” template that I do my work in. This typically involves installing experimental software, or development tools / libraries that I don’t want cluttering up my personal domain.

Here is a diagram of how the VM networking is set up:

There are a couple things to note here:

For the most part, Qubes works great out of the box, however there are a few things that need small fixes, especially after performing the first software update in dom0 and the template VMs.

After updating, Nautilus won’t open due to a dbus error. To fix this, replace the contents of /usr/bin/qubes-desktop-run in your Debian templates with the following:

Note that this has already been fixed in the upstream repo, and may not be needed in the future.

After upgrading, the locale’s might get messed up, causing gnome-terminal to not load. Run the following commands as root in your Debian templates:

The secure copy-to-vm scripts require the Python GTK bindings, but they are not installed by default. Install python-gtk2 in all your Debian templates:

In the terminal, Ctrl-Shift-c and Ctrl-Shift-v are mapped to copy and paste. However, in Qubes, these are mapped to the global cross-vm copy-paste commands. Lets change the Qubes shortcut keys to use the little “Windows” key next to the Alt key.

In dom0, edit /etc/qubes/guid.conf to uncomment and set the following lines:

The instructions from the Qubes website are pretty straightforward, but I will replicate them here by using the GUI instead of the command line.

First create a copy of the standard fedora-21 template:

Next, create a sys-tor proxy VM from that template:

In a dom0 terminal, enter the following commands:

Fire up the fedora-21-tor template and install Tor:

Now all you need to do is make a normal VM and use sys-tor as your network:

Note that while this gives you access to Tor, it isn’t necessarily optimized for privacy. For that you will want Whonix.

The Whonix developers have done a great job making Whonix templates that are super easy to install. Simply run the following in a dom0 terminal:

Once that command completes, you will have two new templates available: whonix-gw and whonix-ws, for the gateway and workstation respectively.

This is where things get slightly confusing. You need to create a VM that uses the gateway template, and use that as the network for the template itself in order to update it. Set up a VM like this:

After that, you can shutdown those three VMs and create the workstation VM:

Fire it up and it will automatically start the gateway. Both VMs will do their thing and synchronize to the network. 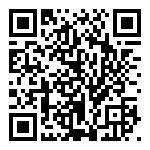