A lot of the Dockerfiles I write use the same template and tricks. I decided to write a ruby script to generate my Dockerfiles for me based on a minimal amount of input. I did this for a couple reasons:

Every command in a Dockerfile causes a layer to be committed. Once a layer is committed, files on that layer can be hidden, but not deleted. For that reason, it becomes advantageous to run multiple commands at a time. For example, don’t do this:

Line 2 will download a bunch of packages and install them. Line 3 attempts to clean up the packages that were downloaded, but it’s too late; they were already committed to the layer and can only be hidden. The overall image will be large because that layer still needs to be downloaded.

A better approach is:

This will run all three commands and apply the end result to a single layer, greatly reducing the image size.

The ADD command hinders our ability to keep the image small, because it will commit files to a layer without giving a chance to delete those files later. This is fine for files that are supposed to be permanently in the image, but what about temporary files? For example:

The package removal will only hide the file; the image still contains the data on a lower layer.

Instead, a better approach is to run a web server and download temporary files to your image, allowing the same RUN statement to later delete the temporary files. To do this, start a server before building your image:

Then do the following in your Dockerfile:

Replace <ip_address> with your internal ip address. To get that, use the following command:

From the previous section, it stands to reason that putting all the commands on a single RUN statement will yield the smallest image (assuming you clean up after yourself). If there are a lot of commands, it can be difficult to read what is going on.

One trick is to interleave comments into the RUN statement by using backticks. Another common thing to do is add blank lines using backslashes, and align all the backslashes to the right:

The result is much more readable, but it is tedious to make sure all the spacing is correct.

Incorporating the above tricks, I wrote a Dockerfile generator to quickly create Dockerfiles for simple projects:

Run it from a directory that contains a Dockerfile.yml and it will print out a Dockerfile:

A simplified Dockerfile specification can be put into Dockerfile.yml. The supported items are explained below. All items are optional.

Making a Dockerfile is really easy with this generator. The generated Dockerfile will automatically use an apt-cacher-ng container for downloading packages, which is handy if you are making a lot of images or rebuilding often. Therefore, remember to run the apt-cacher-ng container before building other images. Also remember to run the python web server if you are installing deb packages manually.

First step is to create the apt-cacher-ng image so it can be used to build other images. Below is the Dockerfile.yml:

Thats it! Generating the Dockerfile yields (scroll to the right to see the && \ markers):

Since it obviously cannot use apt-cacher-ng to build itself, simply remove those lines for this image:

Lets try something a little more complicated. Here, I present two Owncloud images. The first one is built using the latest code in the repository, while the second is built with specifically downloaded versions of deb files.

As you can see, this script is pretty handy for quickly creating Docker images that are consistent and readable while maintaining a small image size. 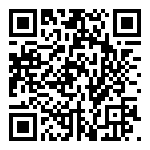