Memory pools work by taking a large chunk of memory and dealing out small pieces of it upon allocation requests. Object pools are a specialized version that treat the memory as an array of objects, such that each “slot” is the same size. In reality, managing an object pool involves more than just an array of objects due to alignment and padding.

When doing 100% of your own memory management, it becomes useful to have a set of tools to assist with organizing memory. You can think of a chunk of memory as being similar to an empty hard drive; the act of aligning, partitioning, and padding the memory is similar to formatting a hard drive with a filesystem.

There are a few different ways to acquire a block of memory. The following lines allocate a block of 32 bytes:

Notice how sizeof(memory) for each of those lines will give different results. A contiguous block of memory is represented by a starting address and a size; both values are needed to do anything useful with it. For static and local stack memory, the size is known at compile time, however for dynamic memory allocated on the heap, the size must be maintained separately.

A class that acts similar to a smart pointer for memory blocks can do the memory management for us, including holding the size and calling free upon destruction. The following is an implementation of a memory block class:

Using this class is simple:

As you can see, the memory block class acts just like a pointer to an array of bytes. This is a convienient building block for creating an object pool.

Here is an example:

Once you have a raw memory block, it needs to be partitioned before it can be used. The act of partitioning will align and pad the memory block and allow slots to be accessed for object storage. In other words, a partitioned memory block will act just like an array:

Here is some example usage, borrowing the memory dumper from a previous blog post:

As you can see, the data objects stored inside the partitioned memory are padded and 8 byte aligned. The alignment caveats mentioned in the previous post apply, including the wasted space at the beginning of the array. 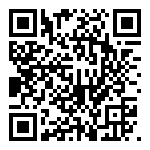